12 Places In Bangalore And The Reason Behind Their Names

Shakespeare said Whats in a name?, but then to complete this phrase, we put his name as the suffix!
Though it is pretty much true that a name does not matter much, but at times, it is the only way to know more about certain things or elements. And when it comes to the names of places, it plays an important role in showcasing or uplifting its history or roots. 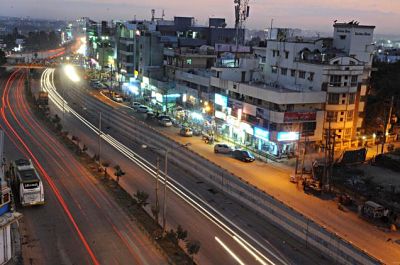 While in Bangalore, you might come across plenty of places that has the suffix halli at the end. Ever wondered, why so? Well, halli in Kannada language means village.
And for Marathahalli, this vicinity in Bangalore, once had a plane crash. An aircraft named Maruth met with an unfortunate accident and hence this area got its name.

Almost everyone in Bangalore has a friend who lives in BTM Layout! Ask them, what this layout in the city is named such, and check out their quirky thoughts and imaginations!
In case even you also dont know, here is why this area is known such. As this area connects three of the popular vicinities: Bannerghatta, Tavarekere and Madivala, it got its name from the initials of these three places; thus BTM Layout.

One of the most bustling vicinities in Bangalore, Banashankari is also the largest locality in the city. Cossetted by areas like Jayanagar, J.P. Nagar, Kumarswamy Layout, ISRO Layout and others, it lies between Mysore Road and Kanakpura Road. The origin of Banashankaris name comes from the Banashankari Amma Temple that is located on Kanakpura Road and is one of the oldest temples in the city. 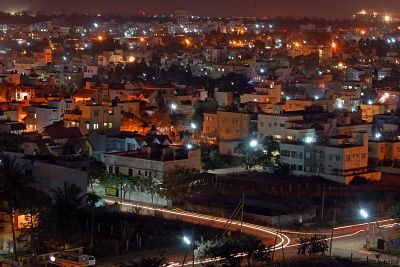 One of the fastest growing suburbs in the city, HSR Layout in Bangalore is an ideal residential area and was once a part of the Agara Lake. A connecting link between Hosur and Sarjapura Road, this locality also got its name as BTM Layout got its name; the H in the name stands for Hosur, S & R stands for Sarjapura Road.

The major commercial hub during the 70s and 80s, Basavanagudi is amongst the oldest localities in Bangalore. Located close to Jayanagar, this suburb in Bangalore got its name from the sacred Bull Temple that has a monolith structure of Nandi, the bull. In local language, Basava means bull and Gudi means temple and thus the name Basavanagudi.

A hub for the techies, Domlur boasts of being the hub of several MNCs and IT giants. Any techie in Bangalore must have made it to this locality at least once during their days in the city.
Previously known as Bhagat Singh Nagar, though the exact meaning of Domlur is not known, it is said that the present name has been derived from the Kannada word Tombalur, a flower used to worship Lord Shiva.

Known to be one of the well-planned residential neighbourhood in the entire of Asia, Jayanagar is a major shopping destination in Bangalore. Located in the Southern part of the city, its name when translated into local language says Victory City (Jaya meaning Victory and Nagar meaning City in Kannada).

Whether new or old to Bangalore, Koramangala is one such destination that attracts everyone! Jotted with exuberant shopping malls, delicious eateries, electrifying places to hang out with family and friends, this hub in Bangalore has created a niche for itself. Well, when it is about how this locality got its name, various scholars and researches has put different theories. One of the most relevant or acceptable theories state that Kora in Kannada means overhaul and Mangala means Welfare.

C Rajagopalachari or Rajaji was one of the prominent and influential freedom fighters from Tamil Nadu. Not just this, he also served as the first non-British origin Governor General of India. Rajajinagar got its name from this great freedom fighter and has now become one of major hubs in Bangalore. Names like World Trade Centre and Orion Mall adds more glamour to this locality.

Till the 60s and 70s, this area in Bangalore served as the summer destination for the Wodeyar kings of Mysore and was known as Palace Orchards. Later in the 90s, it was renamed as Sadashivanagar in the honour of the great Kannada freedom fighter and philanthropist Karnad Sadashiva Rao.

Popularly called the home to Bangalore University, Nagarbhavi is another popular suburb in the city. The word Naga in Kannada means Snake and Bhavi means Well, and thus the name Well of Snakes. The large number of snakes found in this region of Bangalore got it the name. The locals also believe, the area got its name due to its well-like shape and form; small hillocks surrounding Nagarbhavi make it look like a well.

After Electronic City, Whitefield is known to be the second most preferable destination for the tech giants. But till 1882, this portion of the Garden City was hardly inhabited! In the following year, the then ruler of Mysore, His Highness Chamaraja Wodeyar IX donated some portion of this region to the Eurasian and Anglo Indian Association. Needless to say here, what we know Whitefield today, got its name from the skin textures of its then residents!

5 Best Places in India for a New Year's Date