Ganesha Chaturthi: The Festival of Ganesha

This coming Monday is Ganesha Chaturthi.  For those of you who don’t know, Ganesha Chaturthi is a Hindu festival celebrated on the birthday of Lord Ganesha, the son of Shiva and Parvati.  It is the day that Shiva declared his son Ganesha superior to all the other gods, with the exceptions of Vishnu, Lakshmi, Shiva, and Parvati.  The devotees of Ganesh believe that throughout the 10 day festival Ganesh bestows his presence on Earth.

Ganesh is widely worshiped as the god of wisdom, prosperity, and good fortune.  Many Hindus also pray to Ganesha at the beginning of any new venture, or at the start of travel.  So some of our members (and some of our investors) probably offered a quick prayer to him beforehand!

In honor of the holiday, here is the description of 3 famous Ganesha temples in Bangalore.  These are all local, so you could get a self-drive car to visit one of these in an afternoon or evening.  But if you are feeling extra adventurous, you could take a Zoom car on Monday to visit all three.  Are you up for the challenge?

Easily the biggest Ganesha temple in Bangalore, Dodda Ganesha temple, which literally means Big Ganesh boasts an 18ft tall, 16ft wide statue of Ganesha.  It was constructed by Kempegowda I, the founder of Bangalore.  One day while walking he found a boulder with the shape of Ganesha engraved on it.  He then ordered his sculptors to convert the shape into a massive single stone idol of Lord Ganesha.  Although it was built hundreds of years ago, many people still believe that the idol is growing!  Additionally, the large stone idol also receives various eye- catching decorations throughout the year.  My personal favorite is known as the butter coating (Benne Alankara).  Over 100kgs of butter (benne) are needed to cover the massive statue from head to toe!

This one is slightly outside of the city, on the Bangalore-Mysore Highway.  It is one of the more recently built Ganesha Temples.  This temple has a large gold Ganesha statue on top, and is five faced so that Ganesha can be seen from any direction.  The temple also has an entrance in all four directions. On the inside there is another large stone statue of Ganesha, carved entirely out of black stone.

This 600 year old temple on Kasturba road is specifically interesting for those who have bought a new car or bike.  People from all over Bangalore flock to receive the blessings of Lord Ganesha after purchasing a new car or vehicle.  A few Zoom cars have even gotten a pooja there!

It is not uncommon to see a long line of brand new cars and bikes, all waiting to receive the blessings of Vahana (vehicle) Ganesha.  However, back in 1960s, instead of vehicles, there were elephants, horses, bullocks that were brought to seek blessings of Lord Ganesha.

No matter how you celebrate, have a fantastic Ganesha Chaturthi!  Next time you self drive with Zoom, travel safely and maybe offer up a prayer to Lord Ganesha!

Call to Action: Road Maintenance Is a Life-and-Death Issue

Show Us What You Got – Zoom's Monsoon-Season Photo Contest 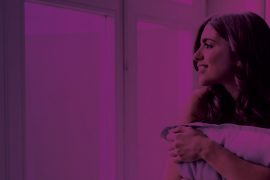 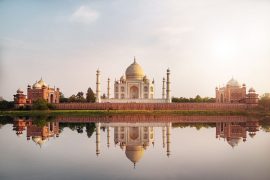