19 interesting facts about Tata Nano, which Zoomcar lets you rent for as low as Rs. 19/hour! 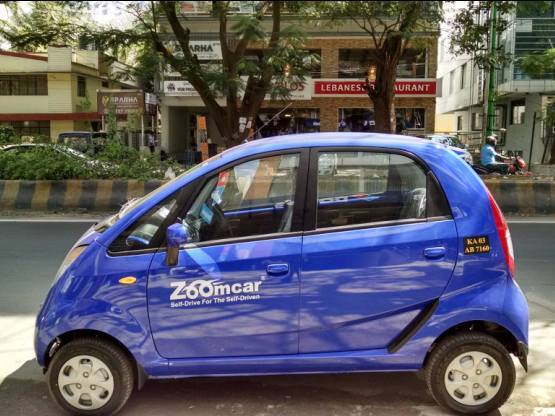 1. Only 3 bolts in the wheel: Most of the small cars have 4, but Nano gets only 3, which was deemed adequate for its size and power.

3. Fuel insert from within the bonnet: To fuel up, one needs to open front bonnet. Though this is little inconvenient, it helps save money (No need for a lid and locking mechanism and extra body work)

5. Dashboard at the center: Center mounted console makes it easier to export. Only steering wheel need to be moved left based on market or right while console can stay where it is

6. Power window buttons at the center: Top variants get power windows, but the buttons are housed in between front two seats- thus both passengers can access it with ease and saves need for extra buttons.

10. In order to keep the cost absolutely low, Nano Standard had no AC, no power windows, no music system.

11. Nano Standard now discontinued: The cheapest variant of Nano, Nano standard, has now been discontinued as company is no longer positioning Nano as a Cheap car

12. A probable competitor to Nano- Bajajs RE60, hasn’t seen light of the day yet

13. Plastic with adhesives are used in various places instead of welding (which is expensive)

14. Nano Active is the next upgrade expected on nano with open-able boot and many other enhancements

17. Nano means small in Gujarati. The name Nano is also inspired from the concept of Nano technology

18. Tata Motors had applied for about 34 patents for various innovations in Nano

19. Initial owners of Tata Nano got much more attention on the streets than someone who would drive around in a Merc – such was worlds curiosity about the cheapest car.

This very interesting blog has been written by our long time customer and an avid blogger plus traveler Shrinidhi Hande.