7 Interesting Facts About The City Of Dreams!

1. Did You Know? Mumbai Was Created As One City Comprising Seven Islands

The seven islands of Bombay were an archipelago of islands that were, over a span of five centuries, connected to compose the area of the modern city of Mumbai. The seven islands were gradually physically amalgamated through land reclamation projects.

HolidayIQ Traveller Umang Trivedi from Bangalore shares, Mumbai is just amazing. The sheer cheerfulness in the air is mesmerizing. My favourite attractions in Mumbai are marine drive, world sea face, Bandra bandstand and juhu iskcon temple. The food available in the streets is also amazing, my favourite being vada pav. 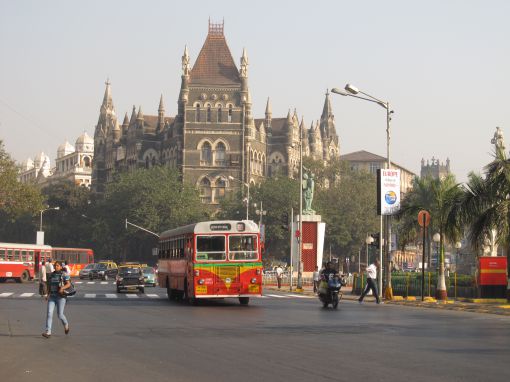 Mumbai saw its first bus run on 15 July 1926 between Afghan Church and Crawford Market. The first limited bus service in Bombay, and probably the first in the country as well, started running in 1940 between Colaba and Mahim.

HolidayIQ Traveller Rakesh Patil shares, Mumbai is a very great city. It has a very good and generational culture, very nice sightseeing it has. And can roam around for fun and peace it has many good places like Marine drives which is also known as queen circle. Many good pubs are around, good places like haji ali dargah and Mahalaxmi and Siddhivinayak temple. Gardens with uniqueness is Hanging garden.

3. First Train Service In India Was Started In Mumbai 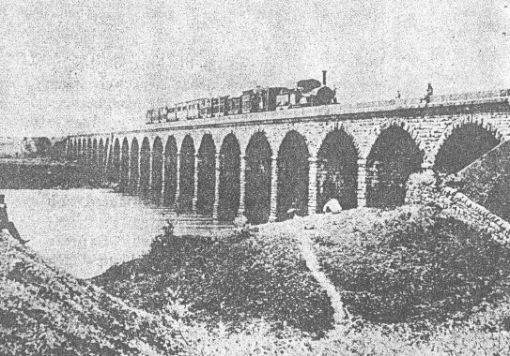 The Mumbai Suburban Railway is an offshoot of the first railway to be built by the British in India, and is also the oldest railway system in Asia. The first train ran between Bori Bunder (now Chhatrapati Shivaji Terminus) and Thane, a distance of 34 km, on 16 April 1853 at 3:35 pm.

HolidayIQ Traveller Harsh Shah shares, Mumbai is an awesome city. Gateway of India is an awesome structure which was built by british. But now it’s considered as tourist place. Marine drive was also a mind-blowing place to get peace. Sanjay gandhi national park is also situated in Mumbai.

4. Monorail, The First Of Its Kind In India, Started In Mumbai 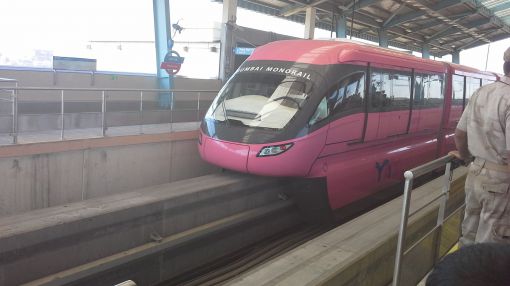 Mumbai Monorail is a monorail system in the city of Mumbai, India, part of a major expansion of public transport in the city. It is the first monorail in India since the Kundala Valley Railway and Patiala State Monorail Trainways were closed in the 1920s. Construction began in 2009 and the first operational line, between Wadala Depot and Chembur, was opened to the public on 2 February 2014.

HolidayIQ Traveller Ashish Choithani shares, Chhatrapati Shivaji Terminus (CST) of Mumbai is one of the cleanest station of Mumbai with availability of variety of food. There is also unesco certified world heritage sites like railway building, bmc, cst station which were made in era of british rule in India. You can find items at cheap rate on fashion street as well as showrooms at subway. I had awesome shopping experience at Mumbai CST fashion street. The one irritating thing I found was noise of traffic and street vendors etc. Otherwise it was fantastic. I recommend you to visit CST once either for heritage sites or for shopping.

5. Mumbais Taj Is The First Ever 5 Star Hotel In India 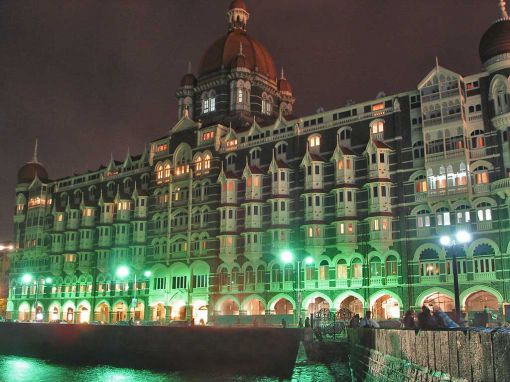 The Taj Mahal Palace Hotel is a five-star hotel located in the Colaba region of Mumbai, Maharashtra, India, next to the Gateway of India. The hotel’s original building was commissioned by Tata and first opened its doors to guests on 16 December 1903.

HolidayIQ Traveller Siddharth Iyer shares, Very good, magnificent lobby, good food, decent rooms, and service which was faultless. At breakfast I said to my wife that I had been hoping for smoked salmon, a waiter overhead and told me he was off to get some for me! The location is about as far south as you can go in Mumbai without drowning and that might be a consideration given how bad Bombay traffic is. 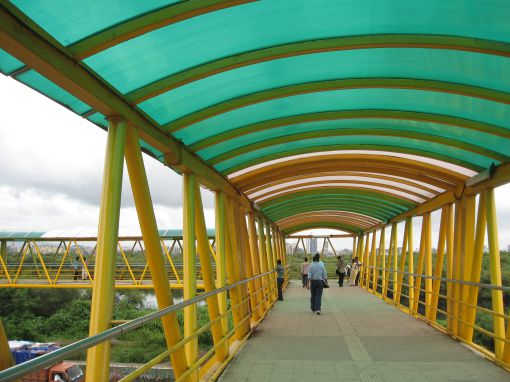 The first skywalk was inaugurated on 24 June 2008. There are 36 skywalks in the Mumbai Metropolitan Region. The average daily foot count for 23 skywalks in August 2010 was estimated at about 565,000.

HolidayIQ Traveller Vijayan from Nagpur shares, Mumbai is a travellers delight. Access within the city has varied modes of transport. The best part is the nightlife in Mumbai. Hotels are plenty and suits everyone’s pocket. Lots of places to visit with heritage sites to look forward too. A vibrant city that never sleeps. Never get bored of going to Mumbai. Happy travelling.

7. CST Is The First Railway Station In India 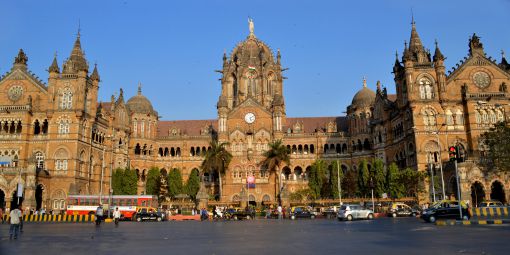 On 16 April 1853, the Great Indian Peninsula Railway operated the historic first passenger train in India from Bori Bunder to Thane covering a distance of 34 km. The station was eventually rebuilt as the Victoria Terminus, named after the then reigning Queen, and has been subsequently renamed Chhatrapati Shivaji Terminus after the 17th-century king.

HolidayIQ Traveller Ramesh Kabra from Mumbai shares, “Most of us would have visited VT station but we rarely find time to stop & admire this imposing stately building. Built around 1880 to commemorate d golden jubilee year of Queen Victoria it was known as Victoria Terminus. This area was known as Bori Bunder ( bori is sack & and bundar is port) & station was then known as Boribunder & from here the first Indian train had operated in 1853. I do not understand why we try to change history by renaming it as Chattrapati Shivaji Terminus (CST). This station with 18 platforms is one of the largest in the world. The building made in Victorian Gothic style with a blend of Hindu Mughal style gives the appearance of a Palace. There is good use of Indian motifs including flora & fauna to embellish the columns, arches & walls. On the top of the dome there is a figure of a lady holding a torch. This building has been declared as UNESCO World Heritage site. I am sure when you visit this station next time you would look at it with a new perspective. “

Take Notes! If You Are Travelling In India, These Are The Words Or Phrases You Must Know!

9 Places in India to Travel on a Low Budget