Ashtavinayaka Yatra or 8 Ganesha’s Tour is a pilgrimage that covers the eight holy temples of Lord Ganesha. These temples are located in Maharashtra, India. All these temples are Swayambhu (self-originated) and Jagrut (awakened). Lord Ganesh is known by various names. In fact, there are 108 different ways to refer to him! When you decide to go on this tour, you will have to visit the Moreshwar temple at Morgaon first and then in sequence visit the temples at Siddhatek, Pali, Mahad, Thevur, Lenyandri, Ozar, Ranjangaon. In the end, you have to visit the Moreshwar temple again completing your Ashtavinayak Yatra! 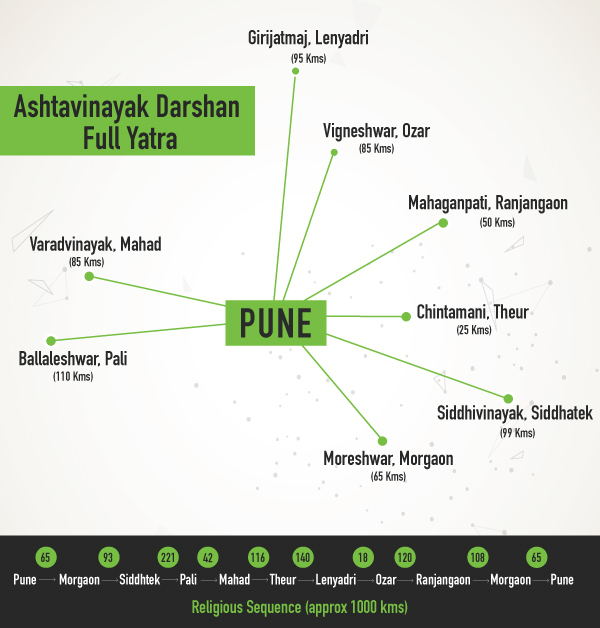 This temple is built from black stone during the Bahamani reign and has 4 major entrances. The idol of Lord Ganesha in the temple is seeing riding a peacock,  in the form of Mayureshwara who is believed to have slain the demon Sindhurasur at this spot. 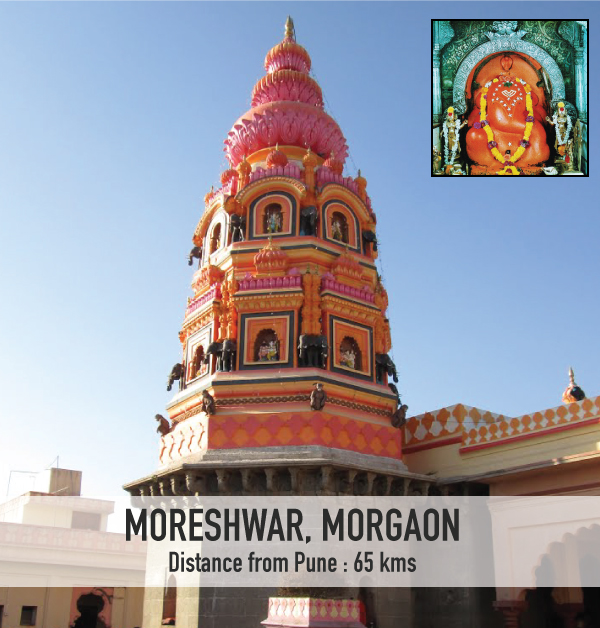 This is the second leg of the Ashtavinayaka Yatra. The temple is located on the banks of the Bhima River. The temple is said to be the one which is capable of granting Siddhi meaning attainment or success. 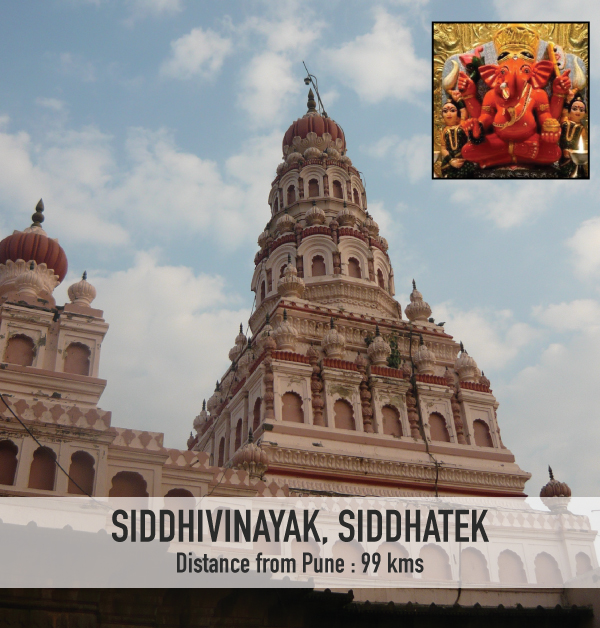 The temple of Ballaleshwar Vinayak is the only temple of Lord Ganesh known by the name of his devotee. It is located in Pali. Legend of the temple states a business man and his family were residing in the region when the son Ballal insisted that a stone looked like Lord Ganesh. He told the other children that they had to worship the same. Forgetting even the time of day, hunger and thirst etc, the children got immersed in the worship. The parents who were now anxious went in search of them.  As a punishment to Ballal, his father beat him and tied him to a tree. Despite being in pain he asked Lord Ganesh for his help and sought forgiveness. That’s when Lord Ganesh appeared to him and rescued him and granted him a wish. Ballal asked for removing the miseries of people who seek refuge in Lord Ganesh to which the kind Lord said “I shall ever remain here, and will take your name before mine, being worshiped as Ballal’s Lord: Ballaleshwar. 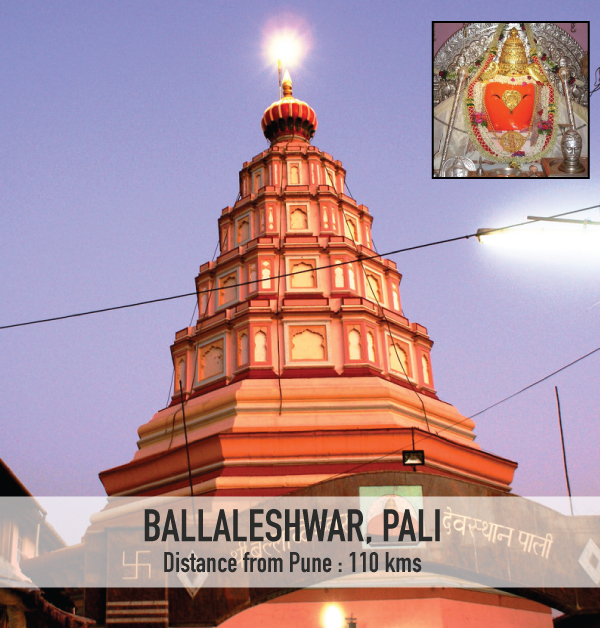 Varadvinayak temple is located at Mahad and was built in the 17th century. The premises of the temple have a pond, and 4 elephant idols guarding the 4 sides of the temple. The oil lamp present in the temple’s shrine is said to be burning continuously since 1892. 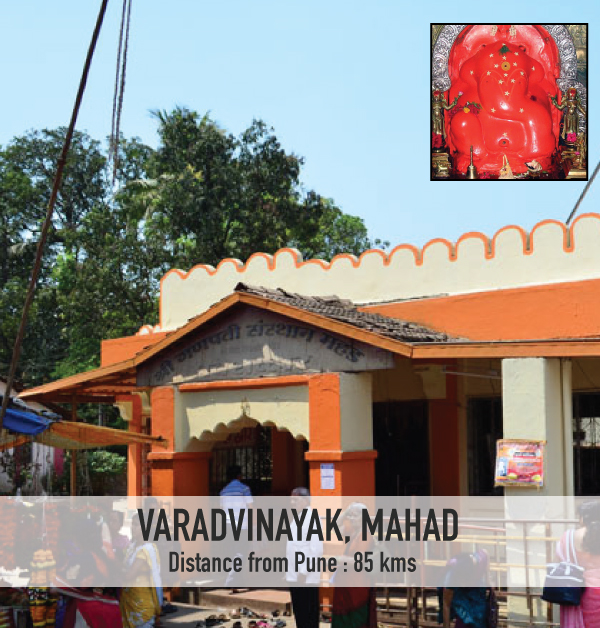 The legend behind this temple is believed to be that Lord Ganesh retrieved the wish-giving jewel from the greedy King Gana, for his devotee sage Kapila . But the sage refused to take it. He instead asked Lord Ganesh to put it on his neck. And hence the name Chintamani Vinayak. 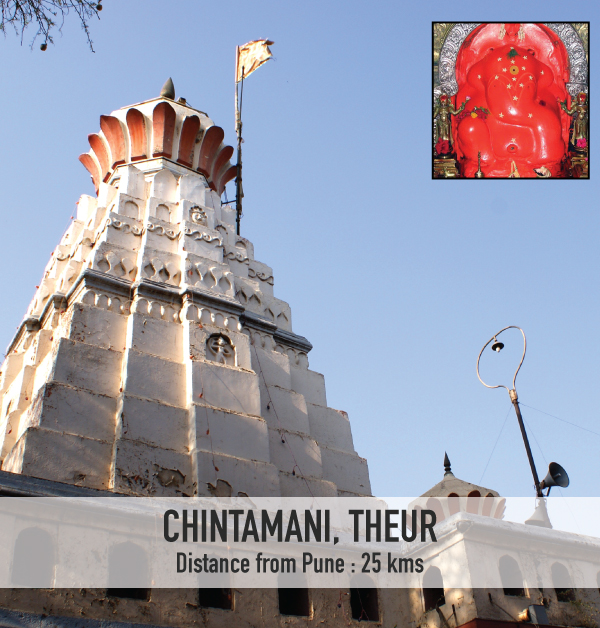 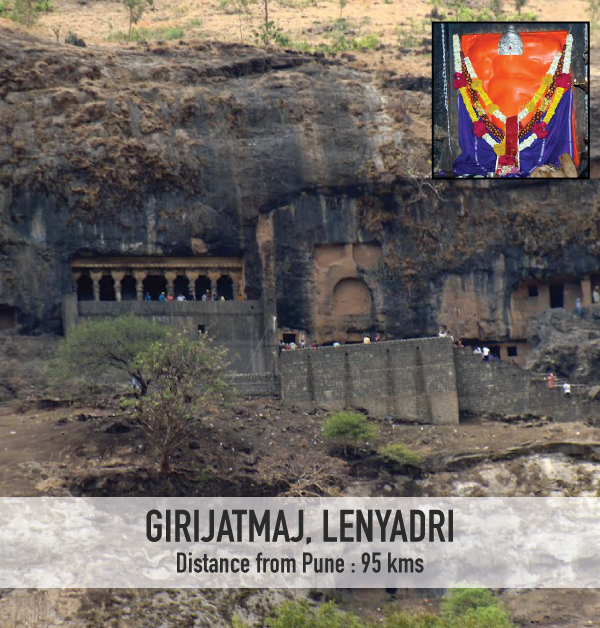 This temple of Lord Ganesh is worshiped as the Vignahara or the remover of obstacles. As the legend associated states that Lord Ganesh defeated Vignasura, the demon of obstacles. This is the seventh temple to be visited in the Ashtavinayak Yatra. 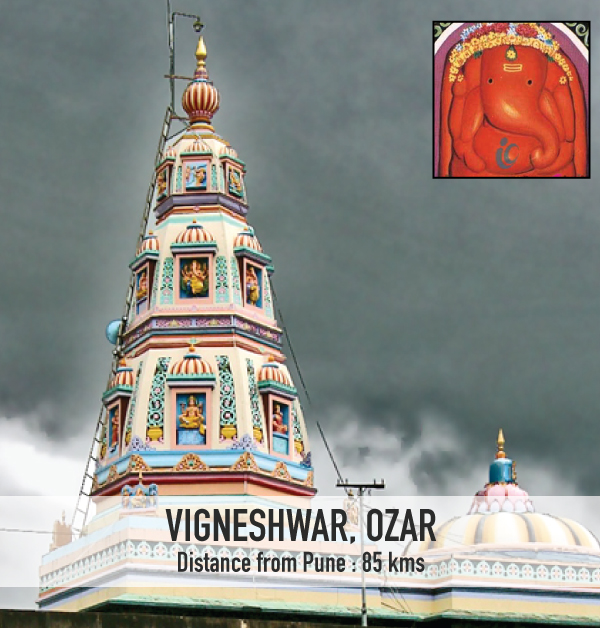 The Mahaganpati Temple, also known as Ranjangaon Ganpati, is the 8th temple to be visited in the Ashtavinayak Yatra. Before fighting the demon Tripurasura here, it said that Lord Shiva prayed here to Lord Ganesha. The temple is constructed such that the rays of the sun fall directly on the idol. 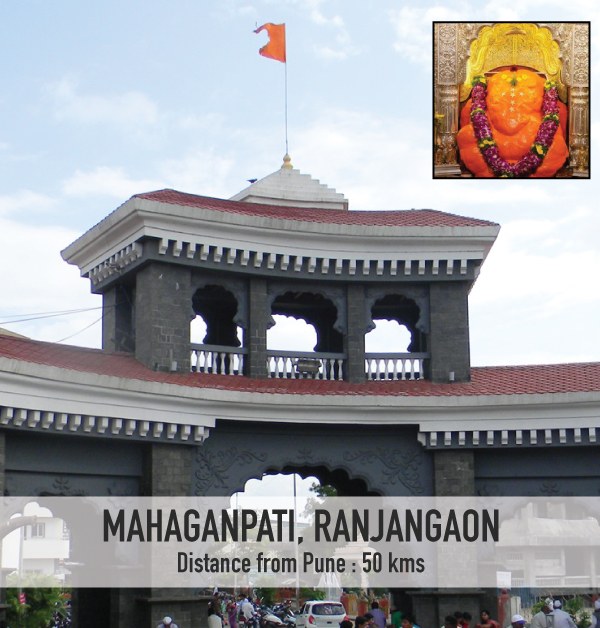 So, if you are planning for the Ashtavinayak Yatra this year, why don’t you drive in Zoomcar?

Must-Do's When In Mumbai