In this new series of blog post, we will introduce each of our cars in detail, written by our long term customer and popular travel and auto blogger Shrinidhi Hande. These posts will help you know the car inside out and validate if it meets your needs and expectations. Feel free to share your experience/observations with these cars if any. 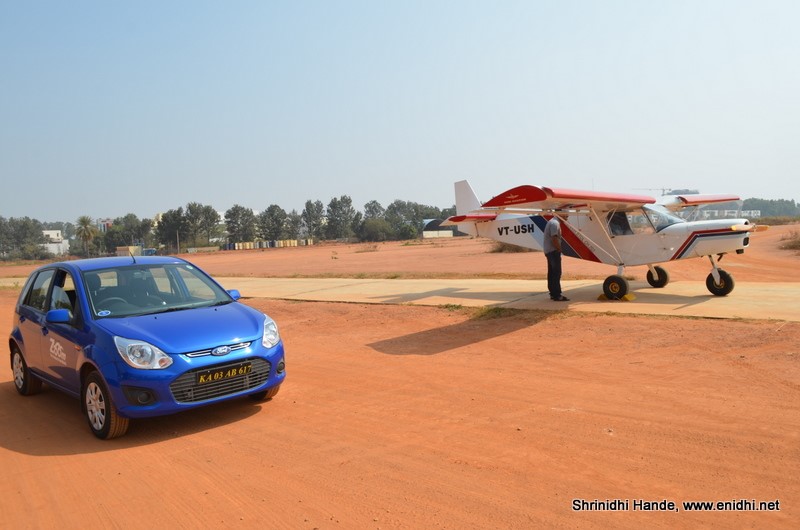 Ford Figo is one of the first few cars to be introduced in Zoomcar fleet (along with Scorpio LX). Figo is a spacious hatchback from the Ford family and has same 1.4 litre TDCi diesel engine that is used in Ford Classic. Ford Classic was well known for its drive-ability, steering response and was popular among those who enjoyed driving, instead of being driven around. Figo has most of those DNA built in. It has good maneuverability for convenient city driving, decent pickup for highway cruising and a proven engine for reliability. 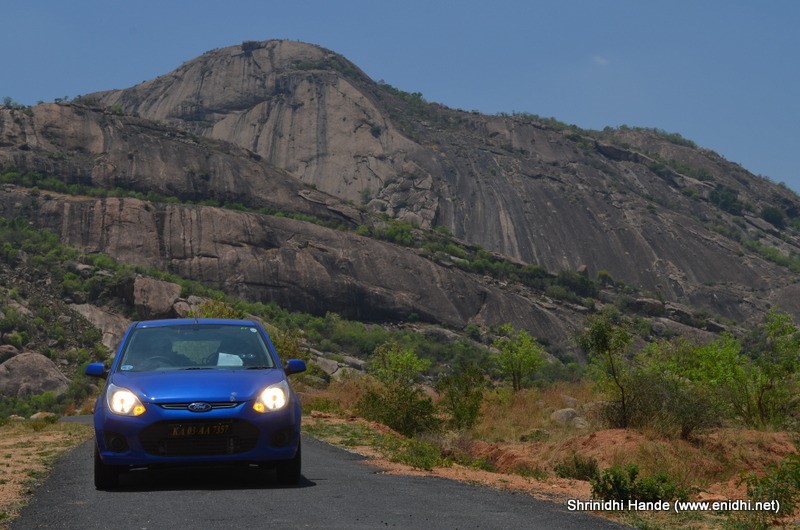 Ford Figo is also one of the cheapest cars in Zoomcar fleet (Tata Nano being the only other model cheaper) and is very ideal for quick rides in the city. Figo is equally capable for long drives- with its large boot (Figo has one of the most spacious boot in its class), it has enough room for baggage of all 5 people. With large windows and windshield and fairly straight body line, Figo doesn’t feel as cramped as some of its rivals and offers enough light and space.

But few factors to note in Figo is that its second row windows roll down only half and have no power windows. This is because Figo gets a full glass window and not partial rolling down glass coupled with a fixed glass for the rest (as in Swift or i10). This doesn’t bother us in most of the scenarios, except when say youre trying to pass a big tender coconut or large bag to second row passengers. 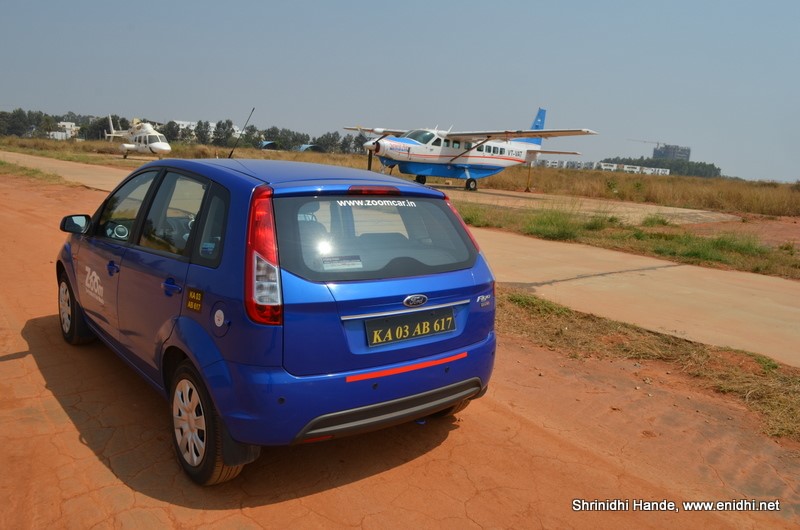 Lack of adjustable headrest in second row could cause some inconvenience for tall people on long trips.

Figo doesnt have second row AC vents, charging points and other features available in more expensive small cars, but for its price, it is well accepted as a good value for money car. Figo did win several awards in the first year of its launch. Ford also did a Discover Smart Drive to celebrate 50000 Figos on Indian roads, sometime in 2010. 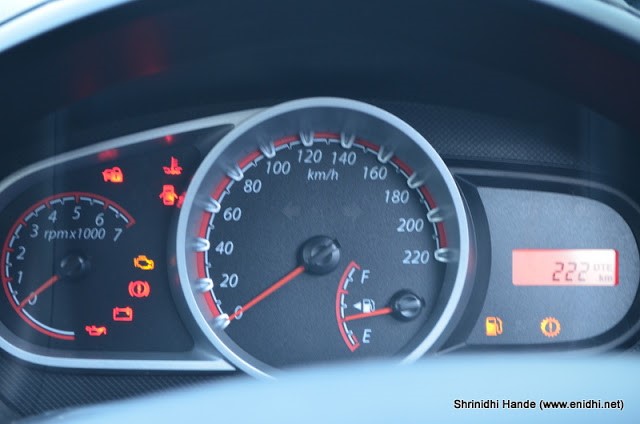 Figo received a mild face-lift sometime in end of 2013 and all Figos added there after are newer models. A major upgrade to Ford Figo is expected later this year, with Aston Martin like looks available in latest Fiesta. Zoom has ZXi variant of Figos, just a trim below top spec Titanium. Several hundred Figos in Orange and Blue color are already on duty at various locations. With hourly rental as low as Rs. 80 (weekdays only, min 4 hours) and weekend daily rent of Rs. 2400  (Rentals are as available at the time of writing this article and are subject to change. Please refer to tariff section of our website for latest applicable tariff charges and terms.) Figo is one of the very affordable cars to rent. As you know 10 km worth fuel cost is included for every hour of rental.

Have you driven Zooms Ford Figo? How do you find it? Do share your experience and thoughts below.

The Ford Ecosport: Only Available to Rent from Zoom