How Zoomcar Is Redefining Environment-Friendly Transportation

How Zoomcar is redefining environment-friendly transportation in India.

World Environment Day, celebrated every year on June 5th, is celebrated by the United Nations Environment Programme (UNEP). Its objective is to raise global awareness about positive environmental action.

The idea of ‘Sharing economy’ which has grown manifolds in last one decade is believed to be one of the biggest attempts to promote environmental sustainability. With its focus on ‘Collaborative consumption’ and giving more importance to ‘access’ rather than ‘ownership’, it is helping in reducing consumption and carbon footprint across the globe.

Zoomcar, India’s premiere self-drive car rental company, is one of the pioneers of ‘Sharing economy’ in India. With its presence in 7 cities and a fleet size of more than 2000 cars, it is already helping in reduction of car ownership and congestion on Indian roads. A self-drive service like Zoomcar provides several environmental benefits as compared to car ownership:

Reduction in number of cars on the road 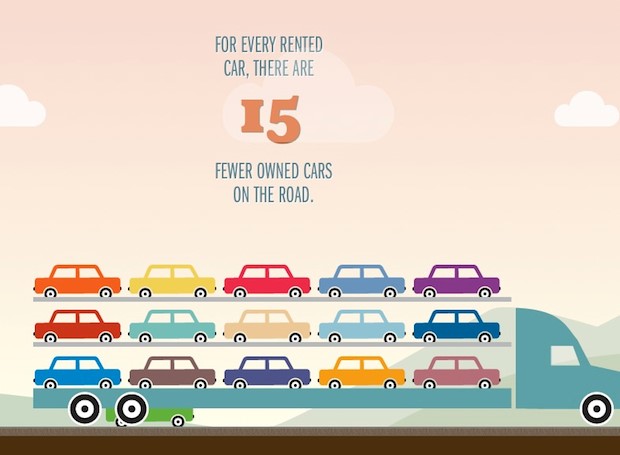 There is a lack of exact data from India on the impact of services like Zoomcar in reducing the number of vehicles due the industry’s early stage of development in India. However, studies done across the world have shown that each self-drive car helps in reducing the number of new cars on roads. This number varies between 8 and 32 depending on the individual study. (Reference 1). In addition, access to services like Zoomcar leads to lowered average car ownership and postponed purchases for new vehicles.

Since the cars being used for self-drive services are serviced more frequently and have shorter life cycles, the average net annual GHG emissions for the same distance are substantially lesser. Also, self-drive services are more inclined to provide highly efficient vehicles. The vehicles which are removed from the road, as a result, are also typically driven less than average. 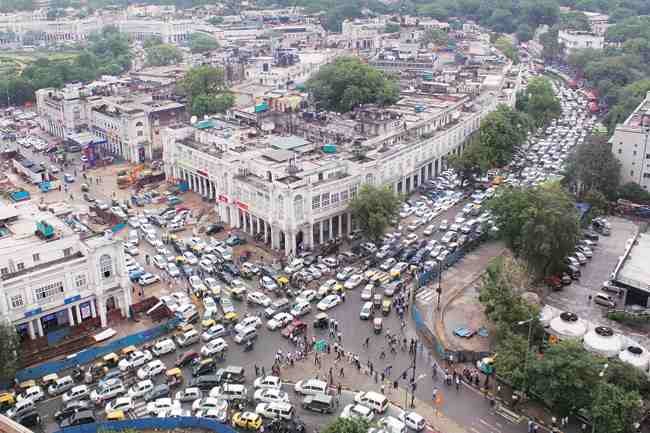 In India, the parking situation in cities is becoming worse by the day. With about 130 million vehicles on roads and 2.7 million cars being added every year, India’s parking issues will get worse in an absence of an organized industry and policy framework. IBM in its first ever ‘Commuter pain index’ (which ranks emotional and economic toll of parking in 20 international cities) put New Delhi and Bangalore as the worst.

In fact, there are several start-ups like Parkingwale, Constapark which are trying to address this problem. However, self-drive services will really be able to make a huge impact on this due to reduced car ownership. As a result, they will help in creating more sustainable urban spaces.

Usually, a decision to purchase a personal vehicle is dependent on different criteria like holidays, weekend trips, family size etc. However, sometimes these vehicles end up being used for a different purpose altogether. For example, a compact may be used for a family getaway or an SUV can be used for office commute. Self-drive cars help in making the trips more efficient by providing more versatility in vehicle choice depending on the need for that time frame.

In fact, the high initial cost of a personal vehicle reduces the willingness of owners to choose the most appropriate mode of transport for each individual journey.

Reduction in distance traveled in Cars

It has been observed in several studies that if a person does not own a car, his number of car trips (through cabs etc.) will also reduce. It is due to the fact that lack of car ownership really pushes people to think about the worth of each trip or about better alternatives.  Also, the unavoidable depreciation of a new car inhibits the capability of an owner to choose an optimum mode of transport. On the other hand, a Self-drive car service has its charges directly related to car use leading to a complete removal of unnecessary kilometers.

Places like tier 1 and tier 2 cities in India with high-population density need a sustainable transport infrastructure to overcome the challenges being brought forth by increased urbanization. An efficient public transports system like metro rail network (Delhi, Bangalore), a suburban train system (Mumbai, Chennai) and bus network is something which is non-negotiable. Cab service aggregators (Ola, Uber) and self-drive services can act in a complementary manner to public transport. The new breed of start-ups offering bike rental services is also an attempt to solve the same issues that plague an average Indian urban commuter.

The fact is that presence of this transport infrastructure coupled with reduced car ownership amongst urban population will really help in developing more conducive public spaces in our cities. At Zoomcar, we are committed to playing our part in making this vision a reality.