The Sun Pedal Ride is en-route for more that 40 days now, finishing over 4500 km on the solar cycle. While they were in Chandigarh, they conducted a very interesting experiment and post which they decide to chill for a bit, away from the scorching sun. That’s why, they decided to head towards, Himachal Pradesh. The solar panels were safely attached on top of the Zoomcar, the bicycle battery charged for a while in the car, Sushil Reddy, our very own Sun Pedal Rider rode the bicycle the regular way. 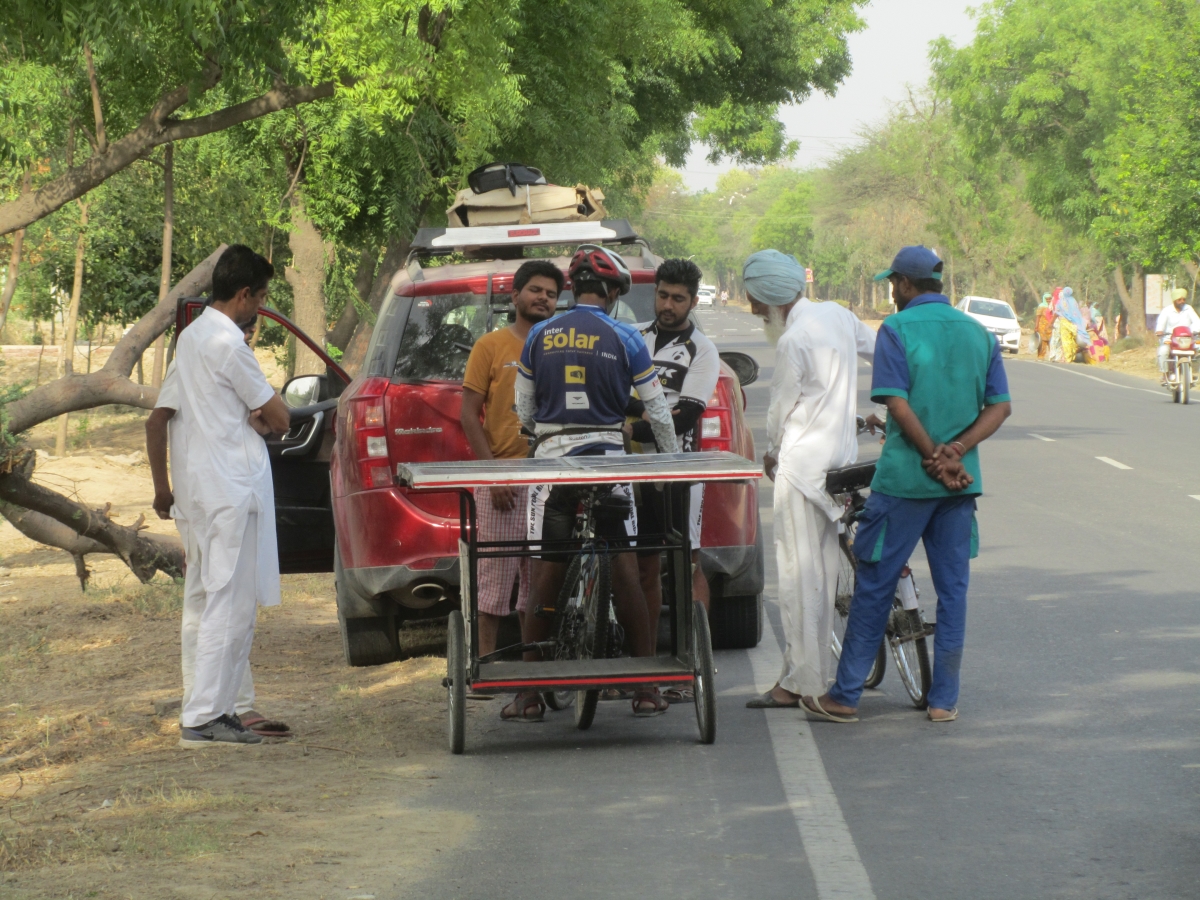 In Himachal Pradesh, they were heading towards Shimla from Mandi, to soak in the cool weather and the hilly terrain, and were planning to return to Chandigarh 4 days later. Post this detour they were on their way to Delhi via Roorkee. In Delhi, the team met with the Secretary of New and Renewable Energy, Shri Upendra Tripathy, and the experience was a memorable one. The route plan from Delhi, headed towards Agra to visit the monument of love the Taj Mahal. 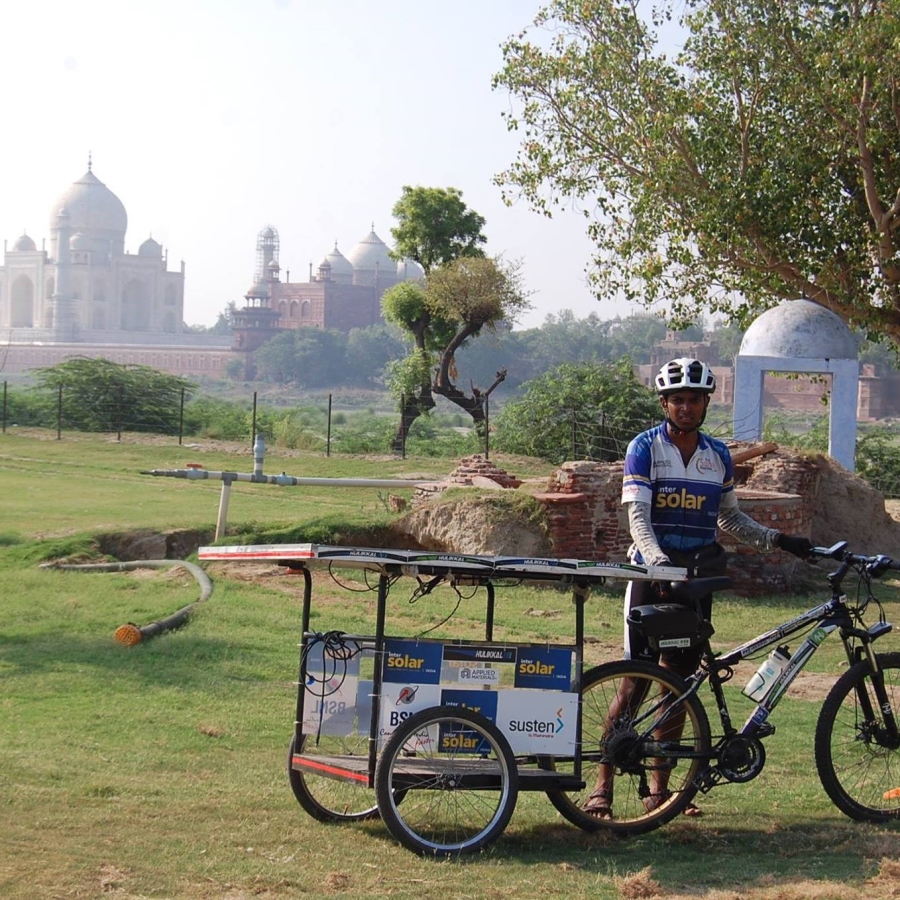 And, the ride continued on the golden triangle towards Jaipur where they visited the Hawa Mahal as well, while in Jaipur the team conducted an interactive session at Wired Hub, a startup community in Jaipur. While here, Sushil managed to meet a few of his IITB classmates in Delhi and Jaipur, and he explained the how the ride was and the objective to it. From Jaipur, the party continued towards, Sikar where they interacted with students of Bhartiya Public School and an engineering college. Rajendra, one of the team members, visited his hometown in Sikar. 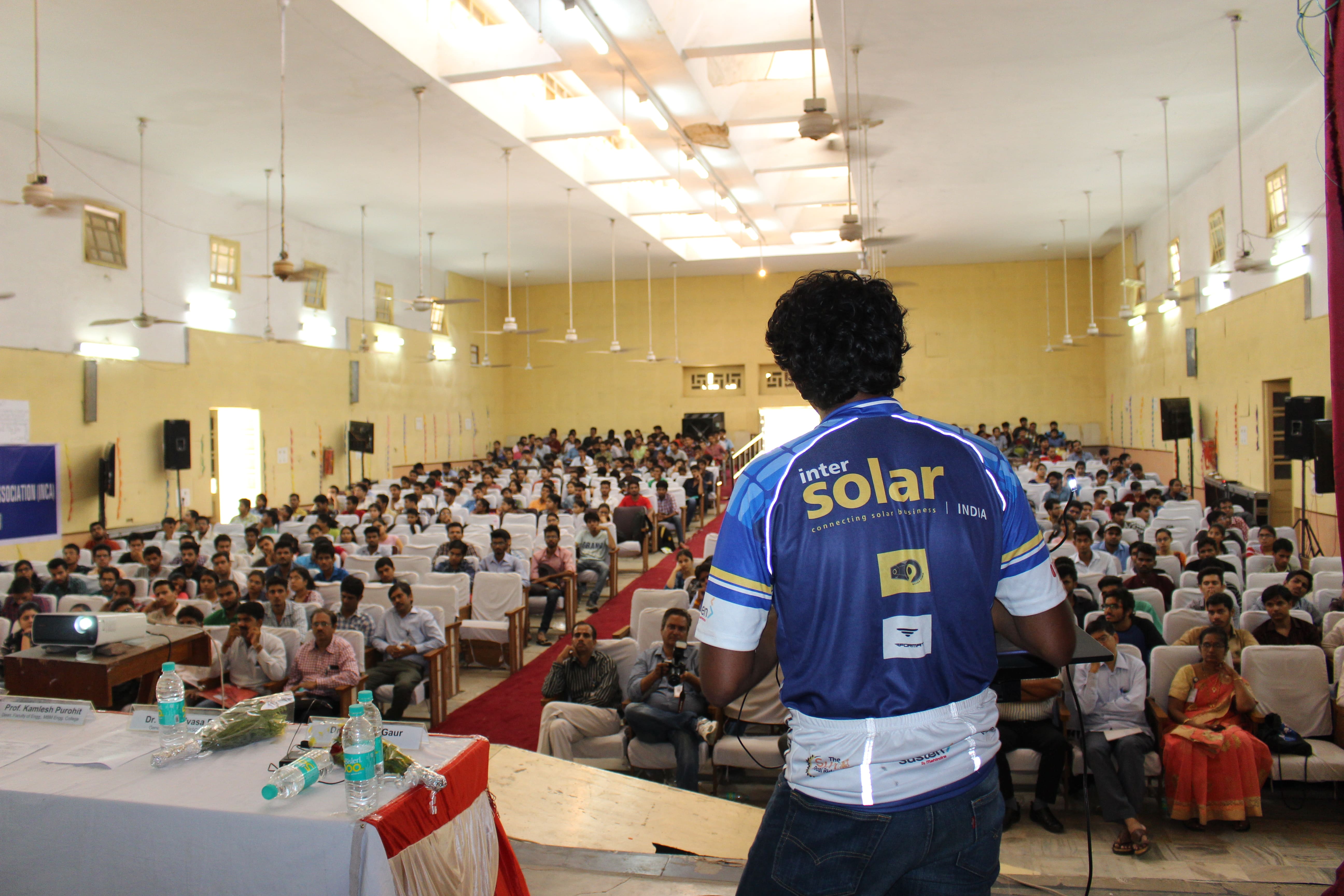 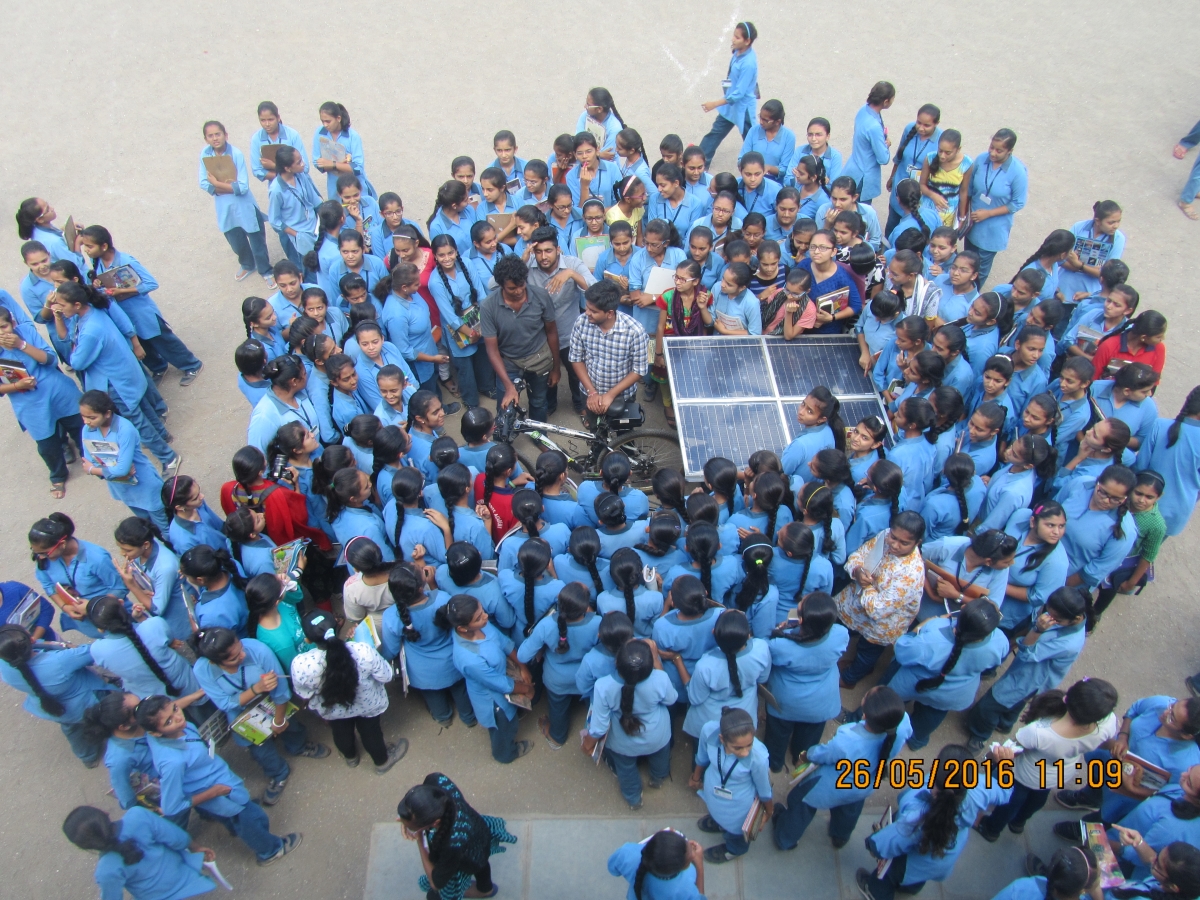 As the journey continued onward from Sikar, the next stop was Bhilwara, here 2 families hosted the entire Sun Pedal team, where they even were invited to a wedding in Bhilwara. They obliged and went for the wedding binged on divine wedding food. An interactive session was held here with an NGO about solar awareness in the town of Bhilwara. The next leg of the route plan is to head towards Udaipur, wherein they will stay with teammate Rajendra’s brother. 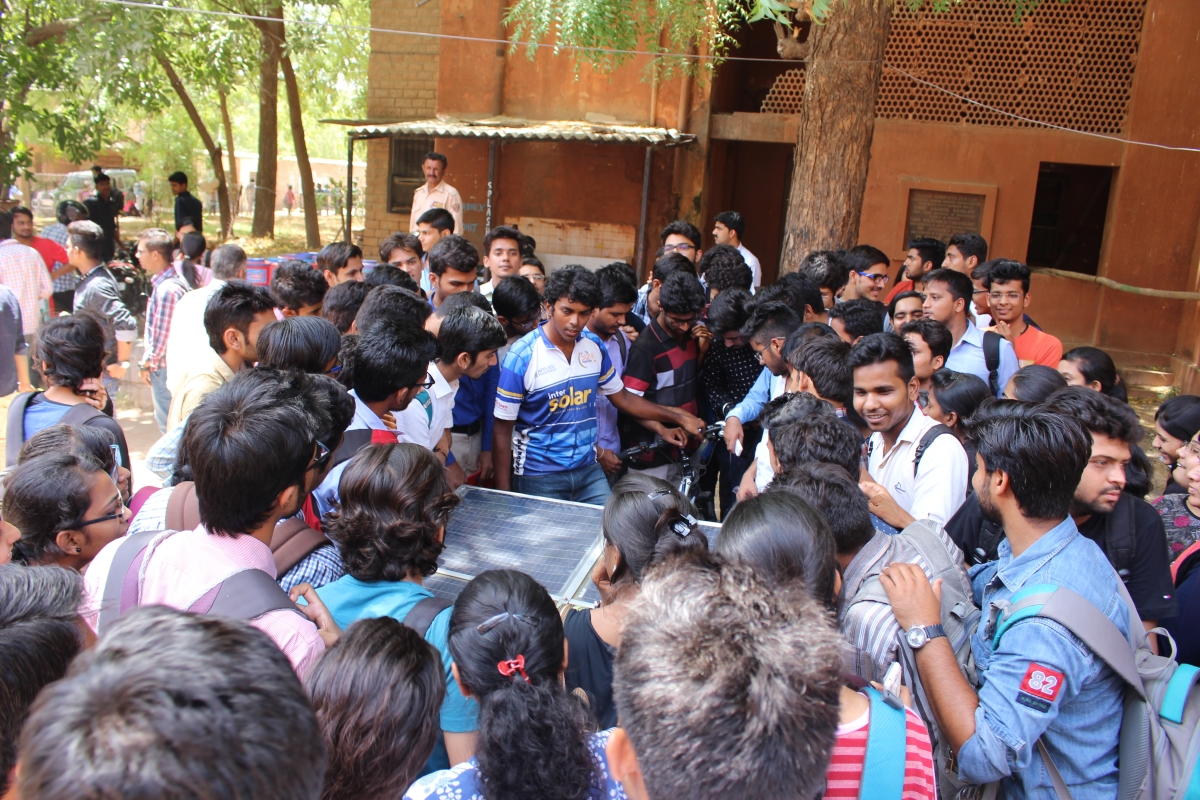 In Udaipur now,  Sushil and his team have completed 5500 km on the solar cycle. The rains did catch up with them in a few places, but they reached safe and sound. At IIM Udaipur the team had a very interactive solar awareness session. Now from here, the Sun Pedal ride has around 2000 km and 20 days more to go towards the end of this journey. The team will be zooming towards Kota and then back to Mumbai via Indore. So far it’s brought a lot of experience and fond memories.

Stay tuned for more news on the Sun Pedal ride zooming towards the end of this remarkable journey!

Suggestions to improve our pick up and drop services