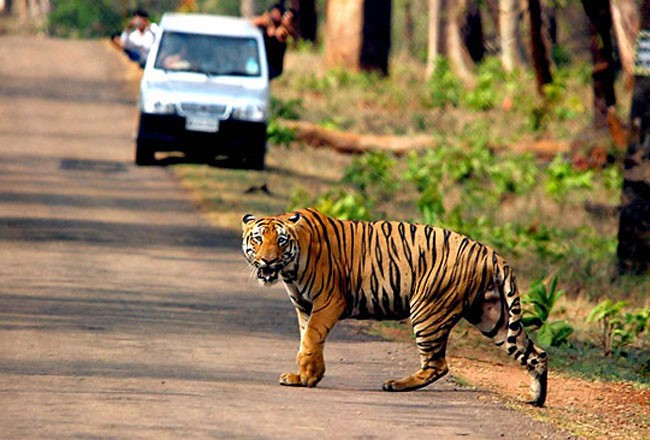 Road trips are always fun, but a trip to one of India’s wildest regions is bound to be a journey for the ages. If you are looking for a natural getaway, there are many places around Nagpur that can be explored. Nagpur is a city that sits in the very centre of tiger country. For those who yearn to behold the sight of India’s most majestic predator in its elements, the city offers many memorable road trips to some of the most varied and fascinating tiger habitats in the country.

Much has been chronicled about Bandhavgarh National Park, situated in India’s wild heartland of Madhya Pradesh. With one of the densest tiger populations, this park attracts wildlife enthusiasts, naturalists and photographers from far and wide. A 430 kilometre journey from Nagpur via the NH44, a drive to Bandhavgarh also takes one through the fascinating terrain of Madhya Pradesh. The 9-hour drive north is punctuated by impromptu stops at highway dhabas and the scenic route makes this a memorable road trip.

Located in Wardha District, the Bor Wildlife Sanctuary is part of the larger Pench range and is home to a significant population of Maharashtra’s tigers. The 64 kilometres from Nagpur can be covered in less than 2 hours via the SH255, making this a much favoured wild destination for those with time constraints. Wild boars, monkeys, leopards and many species of deer also inhabit this reserve.

The largest national park in Madhya Pradesh, Kanha spreads over 2 districts. This celebrated park is considered one of the top destinations in India and is said to have inspired Kipling’s timeless tale – The Jungle Book. An experience of a lifetime awaits you as you head off east on a 250 kilometre journey from Nagpur. Madhya Pradesh’s rough terrain conjures images of an old India, that of dangerous adventures and mysticism. Soak in this primaeval atmosphere as you leave the city lights behind.

Considered one of the most picturesque of wildlife reserves in Central India, Nagzira is one of the lesser known tiger habitats in Maharashtra. A blend of teak and mixed forests interspersed with some grassland greets visitors. Aside from the Tiger, the reserve has a healthy population of smaller cat species and antelopes, and is a stop for the bar-headed goose which flies down during the winter. Nagzira is a two and a half hour drive from Nagpur via the Dongargarh-Nagpur road, a distance of around 110 kilometres.

One of the biosphere reserves of India, Panna National Park is one of the most significant forest areas of North Madhya Pradesh. The tiger population here has shown recovery after re-introduction, and other species found include leopards, sloth bears and nilgai. Embark on an epic journey north across the breadth of Madhya Pradesh on this 550 kilometre journey, which would take around 9 hours if not for the numerous stops you would be tempted to take as the interiors of Madhya Pradesh open up.

Tucked away in the Vindhyas and close to Bhopal, Ratapani is a hidden gem of a tiger reserve. Undulating landscapes and teak forests lay the stage for your adventure. Ratapani is where one can find Stone Age rock paintings at the Bhimbetka UNESCO World Heritage Site. Tigers, leopards and hyenas are the top predators of this pristine habitat. Avid ornithologists flock to Ratapani as it is a hotspot for a large number of bird species. This road trip involves a 316 kilometre journey via the NH47 and NH46.

Long interstate journeys require reliable and sturdy vehicles. You don’t need to own a car to experience an uncompromised road trip. Car rentals offering all-India permits and 24/7 on-road support ensure a safe and hassle-free journey. This is a great option for car owners too, as a sturdy rented SUV will suit the trip better than your urban car. You can save on long-term maintenance too. Pack your bags, grab the wheel and let the magic of India’s forests take over. 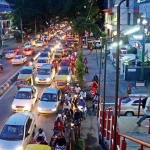