Why Waris Ahluwalia has the biggest heart of them all

And why he is racing a rickshaw to save the Asian elephant. 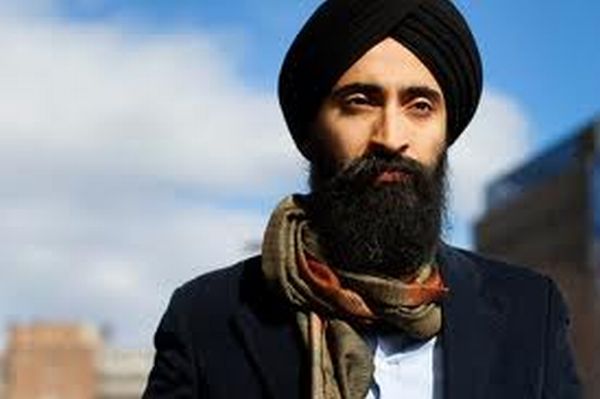 New York-based actor and jewellery designer Waris Ahluwalia epitomises the blend of East-meets-West cool. He is a regular part of Wes Andersons artful landscape, the founder of jewellery label House of Waris and best friends with Natasha Lyonne. Ahluwalias latest project, however, takes him on a slightly offbeat journey. He will be part of Travels to my Elephant, a rickshaw race organised by the Elephant Family foundation, to save the endangered Asian elephant.

A fleet of rickshaws designed by various British designers will race across India to raise awareness about the dwindling species. Its not just what they do that I admire, its how they do it, says Ahluwalia. As he starts his 500 km journey through Madhya Pradesh, Voguecatches up with the very genteel Ahluwalia.

What drew you to the Travels to my Elephant cause and how did you get involved with it?
The story begins during the pre-production of the film Darjeeling Limited, when Wes asked me to design a pin for my costume. Out of admiration for the natural world, I chose the magnificent elephant. When the movie was released, I thought it would be nice to give back to a conservation organisation. This is when I discovered Elephant Family.

The late, great Mark Shand (British travel writer and conservationist, and co-founder of Elephant Family) had an unparalleled enthusiasm and love for this majestic creature. It was contagious. I am lucky to have known him.

Fortunately, the work continues under the equally charming auspices of Ruth and Mary Powys who are always creating groundbreaking programs and adventures to bring light to a desperate situation. My philosophy has always been the same: spread love and light.

As for Travels to My Elephant  how could I say no to a race across Madhya Pradesh? Doing good and having fun is the best combination, like peanut butter and chocolate. Ill be documenting the journey everyday and sharing it with everyone on the Vogue India Instagram and my own Twitter handle. Were also raising money through Crowdrise.

How have you planned your journey? Each of the rickshaws has a very unique look, whats yours like?
First of all, Im not sure one can be completely prepared for this journey. Driving 500 km in an auto rickshaw is not something Im entirely familiar with.

Thanks to Belstaff who sponsored my teams rickshaw, I think weve got all the right riding gear. The design is simple and all black. Our team is called El Banditos. Were hoping to instill a little fear in the other racers.

Are there other environmental concerns that are close to your heart?
It is so hard to believe that within our lifetime, one of the most magnificent species on the planet may cease to exist. The good news is that we are not doomed, but the reality is were not in the clear. We are creating the future with every word, every action, every thought.

As for my thoughts, I dont want to live in a world without elephants or rhinos or tigers. When you protect these creatures you protect a larger ecosystem. When we speak of an endangered animal we speak of something much larger and more vast. Its all part of a dynamic system in which everything and everyone is connected. It was Thoreau who said, In wildness is the preservation of the world.