The Future of Autonomous Cars in India

There’s no doubt that autonomous cars have captured the imagination of individuals across the globe.  The allure of kicking back, relaxing, even sleeping while your car effortlessly whisks you to work is undoubtedly tempting for nearly everyone.  After all, as Tesla CEO Elon Musk often proclaims, “traffic is truly soul crushing.”

More than simply offering up this utopian commute, the real potential uplift from autonomy comes on the road safety front.  It’s predicted that autonomous cars will ultimately be >20x safer than human controlled cars.  In a country like India that has the highest road fatality rates in the world on a per km basis (approaching 175,000 deaths per year), it’s quite clear that autonomous cars can be a very powerful panacea.

Through significant recent advances in machine learning, LIDAR, radar, computer vision, and real-time computational power, the technology industry is poised to tackle this challenge like never before.  While much of these advances can be chalked up to rapid innovation within software-based artificial intelligence (AI) algorithms, there has also been significant progress made within IoT, particularly as it relates to sensors.  Put these developments together and you arrive at an exciting scenario where progress on autonomous cars is quickly becoming exponential.

A recent scan of the automotive headlines will clearly show that autonomy is on the top of the mind for nearly every large global carmaker.  Promises are lofty as many are proclaiming fully autonomous cars within the next 3-5 years.  Some have gone on to make such bold claims that all new cars manufactured 10 years from today will be autonomous.

What does this all mean for India you might ask? It certainly shows that autonomous cars will reach the Subcontinent much sooner than most individuals might think.  While many indigenous Indian OEMs are lagging noticeably behind their US, Japanese, or German counterparts on the autonomous front, that doesn’t mean that work isn’t going on behind the scenes. Two fundamental challenges with bringing autonomous cars to India are the lack of clear signage and lane markings combined with the truly varied types of vehicles found on the roads.  Original autonomous technology wasn’t exactly designed to handle so many varied vehicle formats driving at such different speeds.  Combined with India’s notorious traffic snarls, it does pose a unique technical challenge when developing the necessary algorithms to power an autonomous car here.  Having said that, most experts believe that it will just take a bit more time as it relates to data collection and real-world testing.  With this in mind, instead of a 2022 launch, we might consider a launch more in the 2027-2030 timeframe.

When considering the deployment of autonomous cars, it’s also important to consider the social ramifications.  While we should ultimately expect vehicle accident related deaths to drop to 5,000-10,000 per year when autonomous cars become the overwhelming majority, there will be significant effects on employment.  In a country employing more than 15 million individuals as drivers, there’s no question that their jobs will ultimately become totally obsolete.  While it’s hard to concretely provide a timeline, it’s not a stretch to imagine that this will happen in the 2035-2040 timeframe.  As such, it’s important to start educating society around the virtues of autonomous cars today.  Moreover, it’s essential that the government work on skills training programs such that these drivers can have a “soft landing.”

By 2050, India’s urban mobility landscape will look vastly different than it does today.  Autonomous cars will undoubtedly rule the roads, offering up a safer, less stressful mode of transport to crores of Indians every day.

Zoom In Silence – Scroll down to know more! 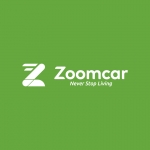