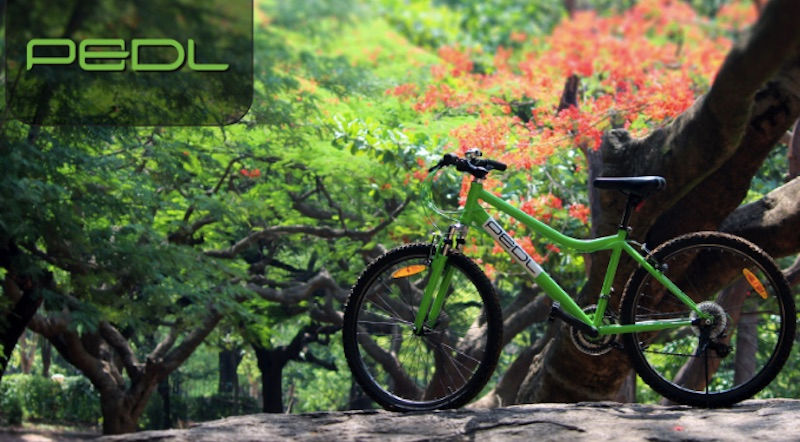 Cycle sharing: India vs the world

Cycle sharing in its current avatar of technology enabled, dockless bicycles is just 24 months old. Never in human history has a business model gone from zero customers to hundreds of million in just 2 years. The pace and breakneck growth has been staggering to say the least. Unlike many of the other large internet consumer trends of the past two decades, dockless cycle sharing emerged firmly from the Chinese Tech orbit and not the American one.  In many ways, China had the perfect storm for cycle sharing to take off. On one hand, you have the dominating ride sharing leviathan Didi who has captured Chinese hearts and minds with their other worldly scale across 100+ Chinese cities. On the other, you have the payment apps from WeChat and Alibaba that have already reached near saturation across Chinese metros in terms of mobile wallet penetration.

Combining a propensity for ubiquitous cashless payments with a new-found tendency to book urban transport from a smartphone made a very potent combination in the Chinese market. This was quite enough to form a strong habit forming behavior when you then also consider the hyper locale, uber convenient distribution strategy of cycle sharing players in China. Combined with relatively strong public-sector infrastructure for cycling made it all but certain that a habit forming behavior would emerge to support cycle sharing in China.

Across Chinese cities, the cycle sharing companies work very closely with the local governments to create a sustained model for placing cycles in convenient access points across cities. In many cases, the cycle sharing company will sign an MOU with the local government to ensure that space is clearly defined. This gives more certainty to both the operator and the user. This is one of the key reasons why the Chinese cycle sharing model has scaled so quickly. With siting considerations largely taken care from the government side (basically had been until very recently park wherever you want within a very large predefined area), it became fairly straight forward and formulaic in terms of scaling. More capital equals more cycles in more places which translates to more users and more revenue.

Sounds like a virtuous circle of life. Until it isn’t. Many of the Chinese operators have been hit hard from a lack of true technology investment in their cycles, thereby leaving their assets exposed to theft and customer misuse. Only now are large scale operators starting to mend their ways at scale and are beginning to implement more robust measures.

With this rundown of China basically complete, let’s see how it stacks up against other markets.

In the US and Europe, the pace of the dockless cycle sharing rollout has been far more gradual and more tech enabled with smart locking and GPS tracking from the beginning. In part due to the stronger government restrictions around public parking, both domestic and foreign operators have trodden slowly when it comes to adding supply for fear of alienating the municipal government. Moreover, the seamlessly integrated mobile payment infrastructure is just not at the same level in the US and Europe as it’s in China. Given this fact, there’s just slightly more friction in the dockless model outside China.  Perhaps more importantly for the US and Europe, strong mobility alternatives to cycle sharing exist.

In Europe for instance, cities are very compact given the sometimes near ancient layouts. This makes walking very convenient. Moreover, many of these cities have very stellar (both cheap and convenient) metro and tram networks that make the last mile connectivity extremely strong, thereby making cycling a bit less appealing overall. In China, the cities are so vast and sprawling that even with strong relative metro coverage, last mile connectivity still remains a challenge for people. This is where cycle sharing steps in and plays a strong role.

In the US on the other hand, cycle sharing faces different challenges. Given car ownership stands close to 100% of the adult population in most cities (New York is a strong exception given density levels), cycle sharing inherently is less popular. Outside 4-5 cities in the US, the mass transit infrastructure is quite weak, and the distances are very far. This makes a car a more appealing option (even two wheelers or scooters aren’t very popular in US for this reason).  In most US cities, the last mile is simply too far for cycle sharing to achieve major critical mass like in China. The jury is still out whether major cities can make do with more than a few thousand.

Now over to India. For decades, urban planners have marvelled at the density and chaos found across most Indian cities. In most instances, the cities were quite haphazardly planned (if at all). As such, basic road and footpath infrastructure that’s naturally present in Europe, the US, or China isn’t found in most Indian cities. With this reality in mind, cycle sharing has its own set of challenges and opportunities.

In terms of baseline road and cycle path infrastructure, India certainly doesn’t hold a candle to any other parts of the globe. This does offer up an impediment for the hyper scale witnessed in other markets. On the other hand, the government has vowed to aggressively expand this infrastructure over the next 2-3 years, so this difference may very well fade away very soon. Moreover, the frenetic urban pace coupled with the haphazard last mile connectivity creates a unique opportunity for Indian cycle sharing compared to other countries.  In many instances, the cycle provides a very nimble option for individuals to bypass heavy traffic and save commute time. Coupled with the fact that cycles are incredibly cheap in India relative to other markets does make a compelling value proposition for several cohorts of individuals.

Cycle parking in Indian cities is another major difference between US, Europe, or China. In all these markets, the government works closely with cycle sharing operators to define space for the dockless cycles to be placed. This process has yet to unfold in India. As seen in many other mobility related business in India, it’s more likely that operators will leverage a more private sector focused siting model compared to the more typical public private partnership approach. Over time, government may very well catch up in India and it might be possible to witness a hybrid approach.  This would ultimately help facilitate more scale up across the board.

While India is quite far apart from China as it relates to basic road+ cycle infrastructure and public parking arrangements, it is very similar to China in one very important way: a strong mobile payment backbone. While it’s still not nearly as ubiquitous as China in terms of market penetration, players like Paytm, Mobikwik, and Jio Money are all aggressively carving out parts of the market. Layer on top of this development the government’s own UPI efforts with apps like BHIM and it’s clear that there’s real momentum in the space. This trend is likely to only intensify over the next 12 months, thereby making cycle sharing even easier to adopt at scale across not only tier 1 Indian cities, but also tier 2 and tier 3 towns.

In India, Ola and Uber have aggressively expanded over the last few years and individuals are now extremely comfortable with leveraging mobile for various types of urban mobility. Two-wheeler taxis and scooter rental are also starting to emerge in India as viable mobility options and this should help make it easier for individuals to acclimatize to cycle sharing.

Overall, cycle sharing in India will blaze its own trail compared to the rest of the world. Like with car sharing and ride sharing before it, India has created a new paradigm that’s highly customised for the local ground reality. Both mobility models are currently thriving on the subcontinent.  Expect nothing different as cycle sharing explodes in the coming months and years. 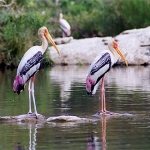 The Explorer’s Guide to Tumkur: Confluence of History and Scenic Splendour 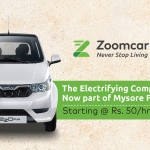 Explore the Majestic City of Mysore with Mahindra E2O P8